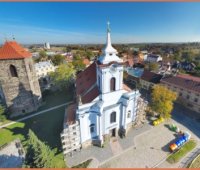 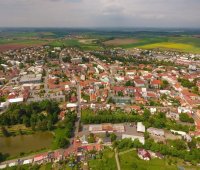 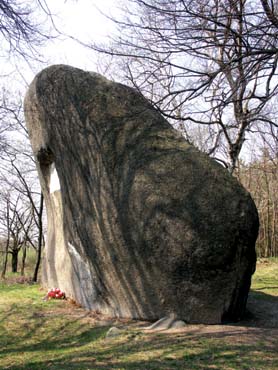 The Klepec range in the Český Brod region conceals scattered boulders of granite. The largest, Slouha, reaches a height of 7 m. Other boulders permeate the surrounding area, such as Obří záda ("Giant's Back"), and Kamenný kočár ("Stone Carriage"). Nestled among them are two flooded quarries. A memorial plaque on Stoh slámy ("Haystack") is a reminder of the assembly for the freedom of Czech peoples in 1844. 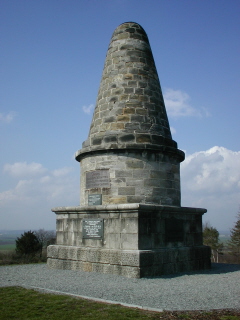 Near Český Brod lies the most significant fateful place for the Hussites. At the Battle at Lipany, the Hussite forces, under the leadership of Prokop Holý met with the army units of the aristocracy, in which many supporters of the Hussites also fought. This meant that the aristocratic military units were familiar with the tactics of their adversary, and used similar weapons. Even the wagon ramparts did not surprise them, and so the more numerous military of the aristocracy triumphed. Prokop Holý and other Hussite leaders fell in battle, and the surviving Hussites were cruelly punished. The battle is illustrated in an exposition at the Podlipanské Museum in Český Brod. A memorial cairn, erected in 1881, stands on the Lipany battle plains in honour of the events of that day, with the motto: He who stops here, contemplate where the disunity of a nation may lead.

Educational Trail of the Šember Valley

This pleasant, 3 km educational trail with five stops meanders through the valley of the Šember Stream, and its three ponds.  The trail begins at the Pivovar (Brewery), and wends its way on well-maintained paths that are marked with the standard white-and-green signs of educational trails. In 2011, another 5 km section was opened, called Údolím Štembery.

A one-of-a-kind architectural and cultural monument, represented by the imposing surviving tower gate and remnants of the medieval fortifications.

The Church of the Assumption of the Virgin Mary in Tisimice

A remarkable Romanesque basilica-type church from the mid-12th century that survives in almost its original state. In 2009-2011 the church underwent general repairs under the Rural Development Programme.

Just 14 km away, this is a unique Renaissance monument with surviving Renaissance and Baroque detailing and painted beamed ceiling dating back to 1607. The structure has the air of an aristocratic manor.

Chotouň lies within the Chrášťany city limits. In 1996, two-thirds of the town was declared a protected heritage zone, and in 2000, Chotouň was designated as a village conservation zone due to the survival of interesting and complicated layout structures on which stand houses with almost "urban" proportions. 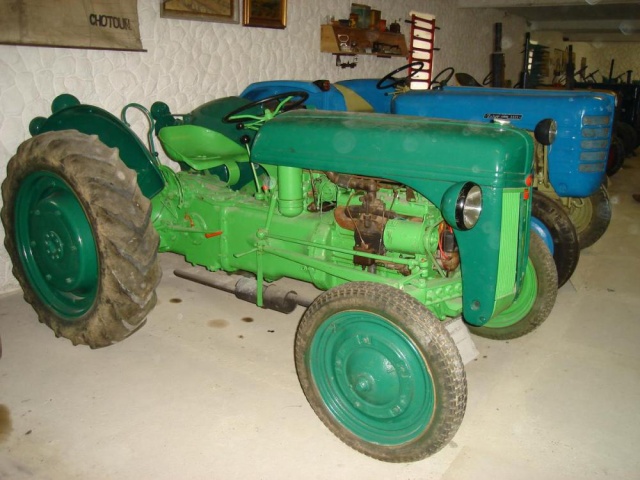 Museum of Tractors and Traditional Agricultural Equipment in Chotouň

The Musuem was established in 1996 with the donation of a historical Svoboda 12 tractor. Today, it houses 45 tractors, vintage vehicles, 70 stationary engines, and dozens of additional tools and equipment, from flails to threshers. The museum is owned by Mr. Víša, a descendant of the local agricultural family, Rejholec. 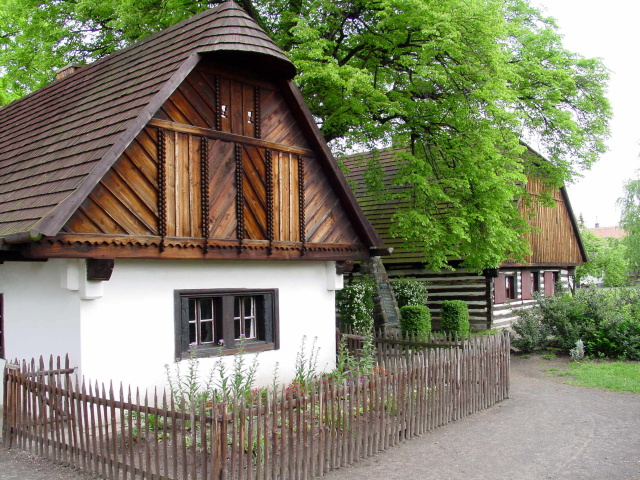 Founded at the end of the 19th century on the initiative of Ludvík Salvátor Toskánský. Toskánský had the first traditional cottage in the open air museum, a former smithy and magistrate from the 18th century, furnished with ethnographic objects and had it modified to resemble a traditional Bohemian cottage. The cottage was transferred into the ownership of the Polabský Museum in the second half of the 20th century, and more threatened folk structures were added, such as a forester's lodge with farmyard and a former cask house with its gardens. 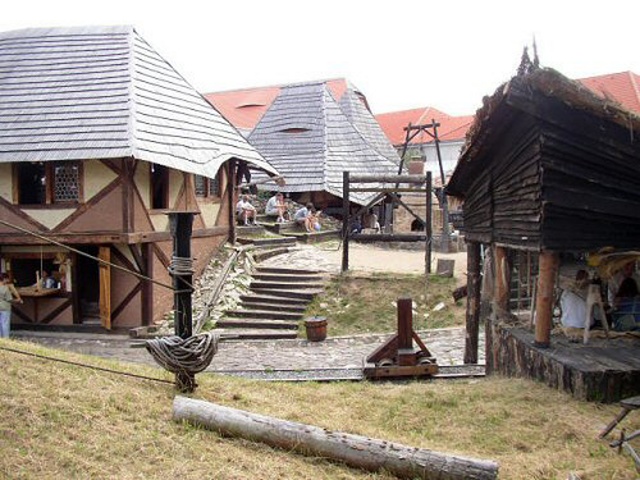 An historic arts and crafts village. Here, you will find yourself in an authentic medieval atmosphere with a number of traditional trade crafts, from woodcarving to pottery. You can even try your own hand at some of the trades - for example candle making, or production of soap or paper. Gardeners and nature enthusiasts will enjoy strolls in the endless gardens (spreading over 22 ha), where plants cultivated for quality, natural cosmetics and other products created through ecological cultivation, are grown under the label Botanicus. Refreshments such as herb syrups and delicious crepes are available at the medieval tavern.

A forest village that is home to more recreational cabins than full-time resident housing. Kersko is encircled by the Kersko-Bory natural park. It is the home of two Natura 2000 locations of European significance - the Kersko ponds and the national natural monument, Slatinná field at Velenka. It is also home to the popular St. Josef mineral spring, whose water has been nicknamed "kerka" by the local residents. 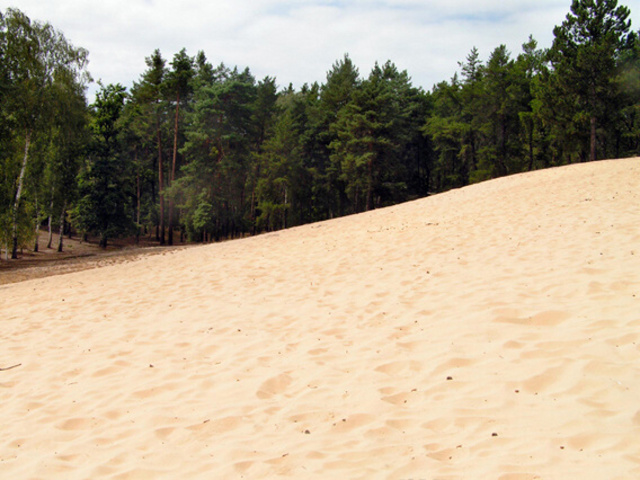 A somewhat curious phenomenon for our geographical conditions: a desert between Nymburk and Sadská. Spreading across 3.7 ha at an elevation of 180 to 190 m above sea level, Písty u Sadské is one of the last surviving sand dunes in central Bohemia. It was declared a protected area in 1951.